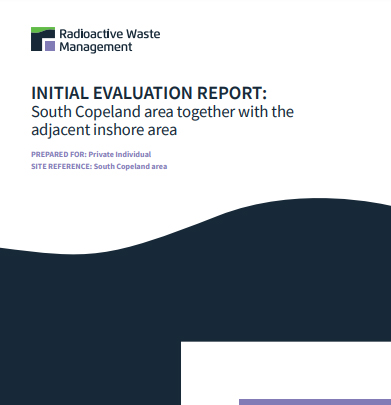 As many will be aware the nationwide search for a location for the deep disposal of radioactive waste has begun, with Copeland being identified as a possible area to host the facility. This includes a specific investigation of land partly within the parish of Millom Without.

An initial call for interested parties to investigate possible locations for the GDF resulted in the proposal for Ghyll Scaur Quarry to be considered. As a result a report was compiled by the Government body charged with delivering a GDF, Radioactive Waste Management (RWM) assessing the suitability of Ghyll Scaur.

*** Following discussions between Millom Without Parish Council, our representatives on the Copeland Working Group and RWM it has been made clear that the site of Ghyll Scaur Quarry will not be considered as a possible location of the GDF due to it's inclusion within an area of land identified as an extension of the Lake District National Park. The initial evaluation report has been superseded by the report linked at the bottom of this page, now titled "South Copeland area together with the adjacent inshore area" ***

In response to this area being identified an online meeting was held between the South Copeland Partnership (the group of parish and town councils in the South Copeland area) including representatives from Millom Without Parish Council at which the community team from RWM and the chair of the Copeland GDF Working Group Mark Cullinan introduced the aims of the project and how they will interact with communities.

The potential of this development not only in Copeland but within Millom Without makes it a high priority issue for the Parish Council and we will be engaging with the GDF Working Group as closely as possible to keep informed of progress and to represent our community as fairly as possible.

The additional link will take you to the second newsletter they have issued and explains much of the ground covered by the meeting with more general information about the GDF.