What is the GDF? 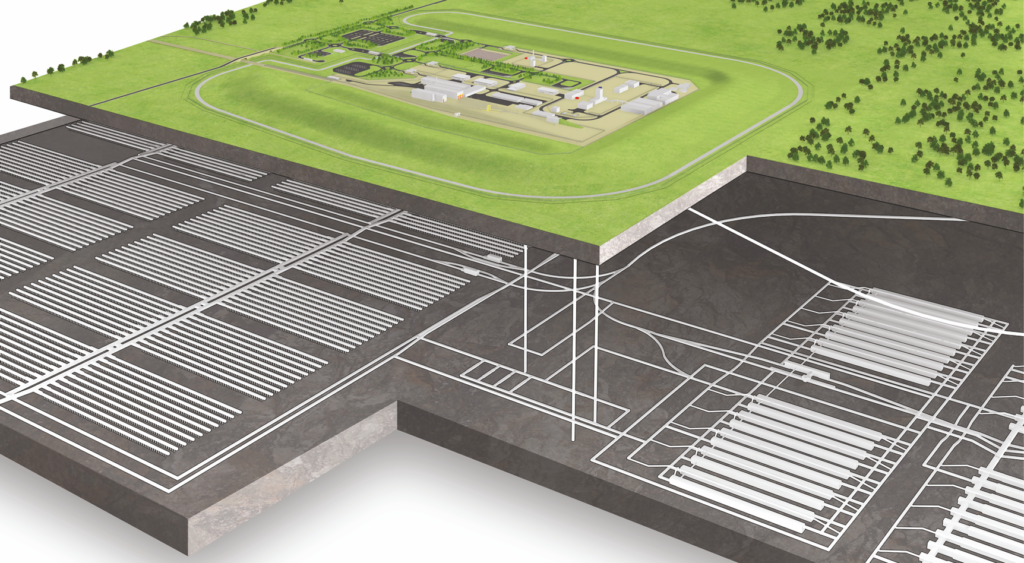 The Geological Disposal Facility (GDF) is seen as the permanent solution to managing higher activity radioactive waste and involves putting the waste beneath several hundred metres of solid rock.

Geological disposal involves putting the waste in purpose built containers which are then placed in tunnels and vaults beneath several hundred metres of solid rock, isolating the radioactive waste in sealed vaults and tunnels deep underground between 200 metres and l000 metres below the surface and containing the radioactivity while it decays naturally over time preventing radioactivity from ever reaching the surface in levels that could cause harm

Solid radioactive waste is packaged in secure engineered containers, typically made of metal or concrete, and then placed in a stable rock formation hundreds of metres below the surface, with the containers surrounded by clay or cement. This is called the multi-barrier approach.

Once operations have ceased, the GDF will be permanently sealed to provide safety without the need for further action.