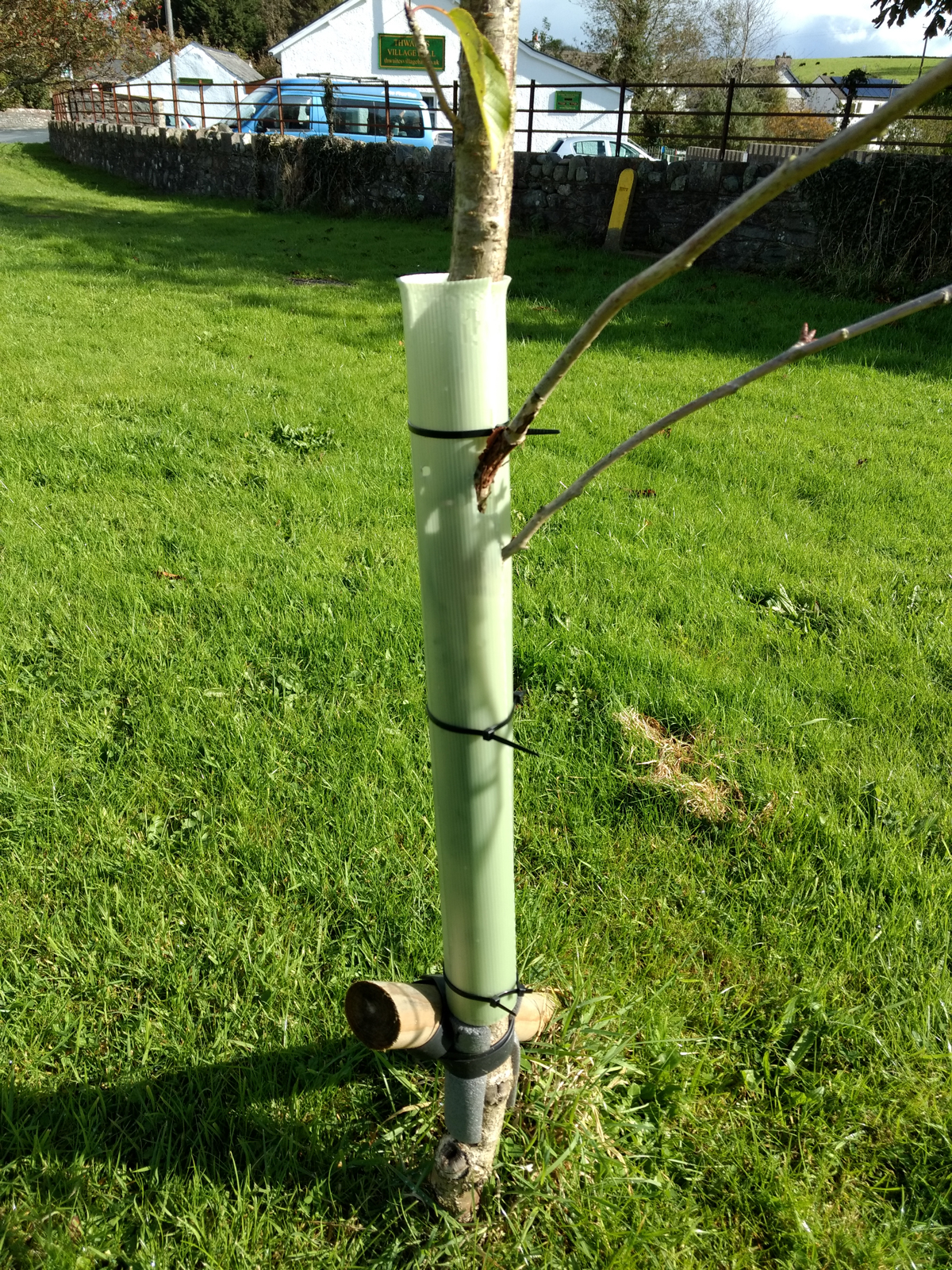 The newly planted cherry trees located on the grass verge at the entrance to The Green have now been fitted with protection to their trunks.

The damage to the bark was inspected and believed to have been the result of action of a buck roe deer. The bucks will use slim tree trunks and saplings such as these to rub off the velvet which covers their antlers, which are cast and regrow each year. There is a community of roe deer known to be inhabiting the area around the woods and fields at the crossroad.

For anyone interested if reading more about this natural process an extract below describes things in more detail:

During its development, the growing antler is covered in a grey furry membrane known as velvet. This carries the blood vessels and nerves for the developing antler; the antler is bone growing on the outside of the body from the pedicles unlike horns, which are hollow and not cast each year. Should the velvet become damaged during the antlers’ growth, deformities can occur. The antlers are usually fully developed between March and April (earlier in older animals), when the increasing length of daylight causes a rise in testosterone levels. This causes the blood supply to the antler to be cut off. The velvet dries out, shrinks and is removed by the buck fraying its new antlers against saplings. During the period that the velvet is being removed, the buck is said to be ‘in tatters’ with dried velvet hanging in strips from the now hard antler. Whilst removing the velvet, damage is caused to young trees as the buck frays. It is whilst the buck is fraying saplings that the antlers become stained and coloured with tannin and sap from the bark, which changes the colour from white bone to a deep burnished brown. In areas with few trees like Salisbury Plain, antler colour is much paler due to lack of bark staining. It is the older bucks who clean their antlers first in readiness for spring.