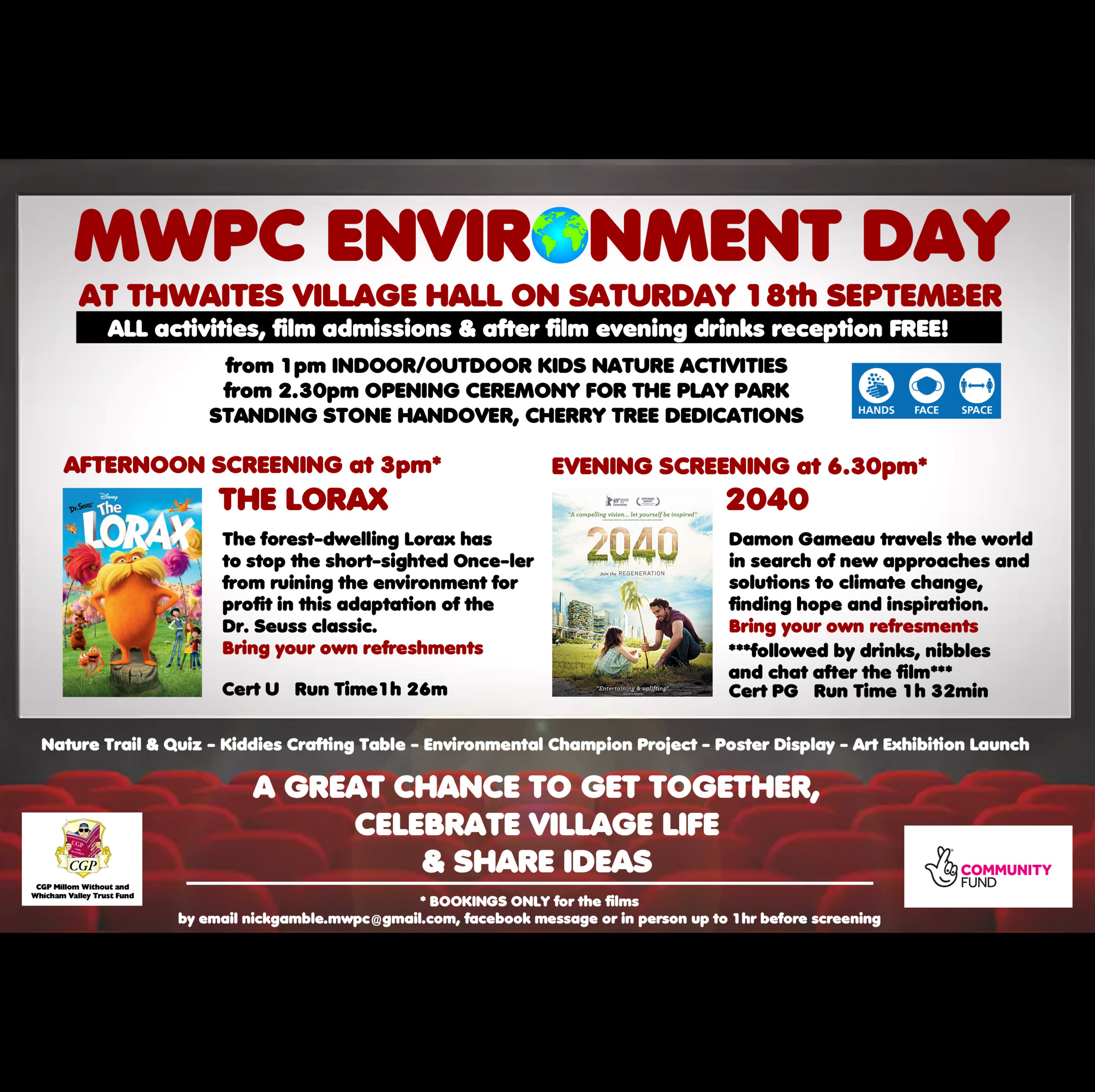 MWPC held our first Environment Day of 18th September 2021 to coincide with the national Great Big Green Week. The event was used to launch our project to initiate a Community Environmental Group with the parish.
The day's events included a range of fun events with an environmental theme with daytime being focussed upon our youngest residents, including activities such as a nature trail and quiz, crafting using natural materials and wildlife scraps and painting. The Play park was officially opened with a ribbon being cut by our main funding partner - Aggregate Industries represented by Mr Geoff Storey.
We also celebrated the long service of two parish councillors, Mr Wilson Huck and Mr Les Butcher and officially took ownership of a new piece of artwork erected at the centre of the village in The Green, a standing stone marking the connection between the land and the Black Beck which runs through our parish to join the Duddon Estuary
Following the playground opening we screened the Disney film, "The Lorax", based upon the story of Dr Seuss.
The whole event was filmed for a promotional video for the Coastal Community Fund who were heavily involved with the refurbishment of Thwaites Village Hall.
The day was rounded off with a screening of "2040" which presents an idea of what the future could look like if developments in technology, new ways of thinking and focussed environmental projects could be implemented before the year 2040, offering an optimistic view of what can be achieved.
It was a great day and the first of a series of events we will be undertaking to highlight local environmental issues and gather support for forming a Community Environmental Group.